The government of India has proposed a massive merger of 27 public sector banks into 12 financially sound PSU banks. According to current projections, the merger will be completed by the end of this fiscal year. But again, what are the top banks in India? In this article, we have employed a list of the top private banks in India and also the top government banks in India.

With a market capitalization of $112.76 billion, the firm is the third-largest on the Indian stock markets in terms of value. Because of its roughly 120,000 workers, it is also India’s fifth-biggest employer by the number of employees.

HDFC Bank has been one of India’s biggest private banks for more than 25 years and is now ranked third. It was one of the first private sector banks in India to be approved by the Reserve Bank of India (RBI) in 1994.

Indian public sector bank and statutory entity, State Bank of India (SBI), which offers financial services, is a transnational public sector bank with headquarters in Mumbai. Among the world’s biggest businesses, the State Bank of India is placed 43rd, and it is the only Indian bank to appear on the list, which ranks 221st in terms of worldwide market capitalization in 2020.

India’s biggest public sector bank, with a 23 per cent asset share and a 25 per cent share of loans and deposits, is the country’s largest financial institution. Additionally, the bank is India’s fifth-largest employer, employing around 250,000 people. SBI is one of the top government banks in India.

ICICI Bank is a private sector bank in India that ranks among the biggest in the world. On September 30, 2020, the bank’s total assets were Rs. 14.76 trillion, according to its financial statements. ICICI Bank is the sixth-largest bank in India, with 5,288 branches and 14,040 ATMs spread around the country.

In 1994, ICICI Limited announced the establishment of ICICI Bank, which would be a completely owned subsidiary of the Indian banking organisation. ICICI Bank can provide a broad bank product and financial service portfolio to both corporate and retail clients because of its many delivery channels and group entities.

ICICI Bank is heavily committed to the development of the nation’s economy and human capital, and the ICICI Foundation collaborates closely with the bank across a wide range of areas. ICICI bank is one of the top nationalised banks in India.

The corporation, which was formerly known as UTI Bank, was in operation from 1993 until 2007, with its headquarters in Mumbai, Maharashtra, India. Small and medium-sized businesses, merchants, and major corporations are among the company’s customers. According to reports, the promoters and the promoter group own a total of 30.81 per cent of the company’s shares.

Individual individuals and mutual funds control the remaining 69.19 per cent of the stock, which is held by banks, insurance companies, businesses, and overseas institutional investors. As of the 12th of August 2016, there are 4,096 branches and extension counters, as well as 12,922 ATMs.

Personal finance, investment banking, life insurance, and wealth management are some of the services available to both corporate and retail consumers. The Bank has 1600 branches and 2519 ATMs by the end of February 2021, according to its website. It is one of the banks in the India.

In April 1994, Manmohan Singh, then Union Finance Minister, presided over the inauguration of India’s first bank. Its technological platform makes it possible to provide services via a variety of channels. IndusInd Bank, which was established in 1994, provides products and services that are customised to the needs of both individual and business clients.

IndusInd Bank has a total of 2,015 branches/banking facilities and 2,886 ATMs spread throughout 760 different geographical regions. The IndusInd bank is one of the top PSU banks in India.

Yes Bank Limited was established in Mumbai, India, in 2004 by Ashok Kapur and Rana Kapoor. Individual banking and asset management services are made available to both corporate and retail consumers in the United States. The Reserve Bank of India (RBI) seized control of the bank on March 5, 2020, to prevent it from falling as a result of an overwhelming amount of bad debt.

In addition to Kumar, the Reserve Bank of India (RBI) earlier named Sunil Mehta, a former board member of Punjab National Bank, to the Yes Bank board of directors. Immediately after the bank’s restructuring, a new leadership team headed by MD and CEO Prashant Kumar positioned the bank for success both internally and externally, rebuilding confidence amongst the bank’s customers and depositors.

Several banks have provided Yes Bank with assistance as part of the historic Yes Bank Reconstruction Scheme 2020, which is being overseen by the new board of directors and management. Other institutions, such as the Reserve Bank of India, the State Bank of India, HDFC Bank, ICICI Bank, and Axis Bank, among others, have also offered assistance. Yes Bank is considered as one of the top international banks in India.

Punjab National Bank (abbreviated as PNB) is a nationalised Indian bank that was established in 1934. Incorporated as a division of the Ministry of Finance, it is wholly owned by the Indian government and has its headquarters in New Delhi, India.

The bank, which was formed in 1894 and is the second-largest government-owned bank in India, has business volumes and networks over one billion dollars and was the first to achieve so. Additionally, the bank has more than 12,248 branches and more than 13,000 ATMs, in addition to its 180 million clients. Punjab National Bank is one of the best banks in India.

The Bank of Baroda (BOB) is a financial services company that offers banking and financial services to Indian clients. It has 132 million users, generates US$218 billion in revenue, and has 100 abroad branches, ranking it as India’s fourth-largest nationalised bank in terms of customer base and income.

As of 2019, it is rated 1145 out of 2000 according to the Forbes Global 2000. The Maharaja of Baroda established the bank on July 20, 1908, in the Princely State of Baroda, Gujarat, and named it after Maharaja Sayajirao Gaekwad III, the third Maharaja of Baroda. The bank, one of the country’s central banks, was nationalised on July 19, 1969, and has since evolved into a profitable public sector enterprise (PSU). Bank of Baroda is one of the best banks in India.

The Bank of India (BOI) is an Indian nationalised bank that was established in 1934. The Ministry of Finance of the Government of India owns the company, which has its headquarters at Mumbai’s Bandra Kurla Complex. Since it was nationalised in 1969, the government has recognised the existence of this corporation. 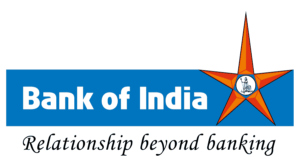 Among its many advantages, BoI is a founding member of SWIFT (Society for Worldwide Interbank Financial Telecommunications), which helps to reduce the cost of services such as financial processing and communication between financial institutions.

Canara bank is the last entry in our list as the top bank in India. Let us see a few more details about this best bank in India. Canara Bank, one of India’s oldest public sector banks, has just merged with Syndicate Bank to become the country’s fourth-biggest PSU bank, even though it was already the fourth largest.

It is no coincidence that the financial services supplied by Canara Bank, the government bank of India, are precisely aligned with the slogan ‘Together We Can’. Canara Bank has been making clients’ lives simpler and more convenient for many years by providing them with a comprehensive choice of fantastic goods to choose from.

Canara Bank offers a wide range of products and services, including savings accounts, current accounts, fixed deposit accounts, recurring deposit accounts, and even savings bank deposits for your children. You have the option of putting your hard-earned money into any of the deposit and account plans listed above.

Suitable for a variety of objectives such as house building, land buying, and other similar endeavours, a Canara Bank home loan is a good option if you need to borrow money in large amounts. In addition, the interest rates are rather low, and the repayment alternatives are straightforward, so you won’t have to break a sweat while repaying it.

Individuals who wish to purchase their ideal automobile but do not have the necessary finances might benefit from a Canara Vehicle Loan. You may get a loan for an amount ranging from 80 per cent to 90 per cent of the road price of the car you want to purchase. To purchase a secondhand automobile, you may take out a loan of up to INR 15 lakh, depending on your financial situation.

Canara Bank’s Consumer loan, provided by one of the top banks in India, is offered to both salaried and self-employed persons to help them meet their financial obligations at a reasonable rate of interest. Please keep in mind that you will have to return the loan within 36 months through Easy Monthly Installments if you choose this option (EMI). You will need to satisfy a few requirements to be considered.

Concluding Our Take On Top Banks In India

The fundamental role of any public sector bank or private sector bank is to accept deposits and provide loans to people and companies that require financial assistance. Throughout the globe, banks are regarded as a symbol of reliability and trust.

When a person deposits money in one of India’s nationalised banks, it doesn’t matter how much money is being deposited; the individual knows that the money will be secure at the bank as opposed to anyplace else.

Top Banks in India assist you in depositing your hard-earned money in a safe and secure location where you will receive interest on the money you have invested.